What Can You Do If You Hear A Rod Knock Sound Coming From Your Engine?

Noises coming from the engine are always troubling, but as you’re driving along it can be tempting to overlook those strange sounds if otherwise, the car seems to run alright. Unfortunately, these kinds of noises are more often than not one of the first symptoms of significant trouble to come in the form of mechanical issues that could stop your car from running at all.

One type of sound that you want to look out for is called “rod knocking”. This sounds like someone is knocking on the engine with a wrench. The noise comes from deep inside the engine, and when you press the gas the sound changes and can sometimes disappear altogether, but when the gas is let off the knocking returns and can become even louder. Based on our expertise with cars and their related issues, we’ve outlined below what you need to know about car knocking and what you can do to take care of it.

What Is Rod Knock?

Rod knocking is an issue that occurs when there’s too much movement in the mechanical components within the motor. A car engine works by moving pistons up and down because of the ignition of the spark plug. This creates a powerful force to make the crankshaft rotate, and between the pistons and crankshaft is a part known as a connecting rod. This is the component that is damaged when rod knock occurs. 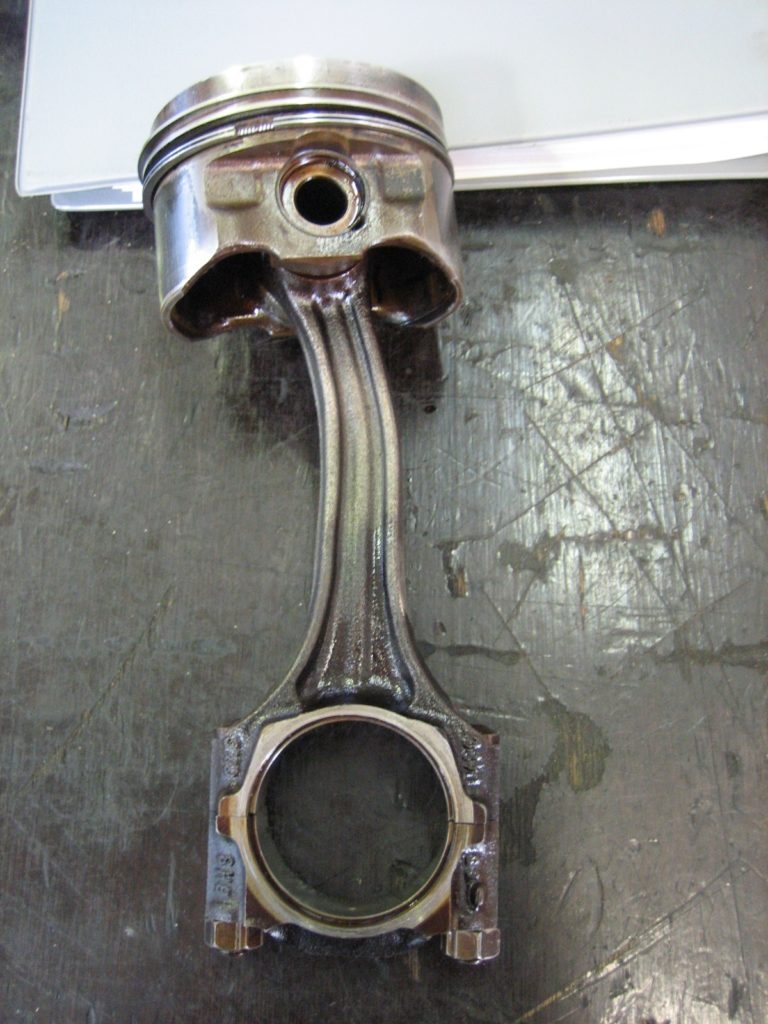 The connecting rod is bolted around the crankshaft and has smooth metal bearings between the surfaces. Engine oil allows all of the metal surfaces to move without friction, but when the oil leaks or degrades it is unable to prevent the friction and the bearings begin to wear down. Rod knock happens when the bearing has worn thin and essentially been destroyed, meaning the connecting rod is able to wiggle around more. Amazingly, all the give that’s needed is a thousandth of an inch to cause damaging rod knock.

Unfortunately, rod knock isn’t an issue that can be ignored or that will go away with a quick fix. If it’s not addressed, it will develop into a much larger problem. The damaged bearing will wear away entirely and when that occurs, the connecting rod can break away and even be blown through the engine.

If the problem is addressed quickly enough it can be solved with a relatively straightforward engine overhaul. In this case, the engine would be stripped down and any worn areas can be filled in with extra rings to increase stability. Typically it will also require new engine seals, connecting rod bearings, and the engine lines to be flushed. This repair normally costs at least $2,500, with the cost increasing as more parts are revealed that need to be replaced (for example, if a new connecting rod is needed).

However, in some cases the wearing will be so bad and so many parts would need to be replaced that it makes more financial sense to just replace the engine entirely. In this case, you can expect to spend upwards of $6,000 depending on the type of car you have and the area in which you live. Depending on the value of the car, it can make more sense to purchase a new car altogether rather than deal with the hassle of vehicle repairs.

Now that you know a bit more about engine knock you know what to look out for and what options may be best for you!

If your trim doesn't appear or you're unsure, just choose the closest option and we will confirm your trim before sending your quote.

“No hassle and easy…had check quickly and I was on my way to the bank.”-Oliver Cruz

“We found them to be not only fair but very knowledgeable. I will use this service again in the future.”-Judy B.

We want your used car - DON'T TRADE IT WE'll BUY IT

We Buy All Cars In NJ

What Is A Rear Differential And How Much Does It Cost To Replace It?

How Much Does An Engine Rebuild Cost?