If your airbags have deployed, then something has already gone wrong. Likely, you’ve been in some sort of accident. Once the shock has worn off and your health and well-being have been secured, you have to think about making repairs to your car.

While the airbags (or Supplemental Restraint System) helped protect you in the crash, they’re one use only, which means they’ll need to be replaced, no matter the extent of the damage to the rest of the car, whether your car was totaled or took a small ding, the cost of replacing the airbags will be the same as long as the same number of airbags went off. Read on to see why this is and what you can expect to pay to have them replaced.

Do You Have To Replace Airbags

Like most things, you don’t absolutely have to replace the airbags, but you should. Airbags are proven to save lives. Combined with a seatbelt, airbags lower the risk of fatalities for drivers in a front end collision by over 50%. In side-impact collisions, passengers risk is reduced by over 40%. 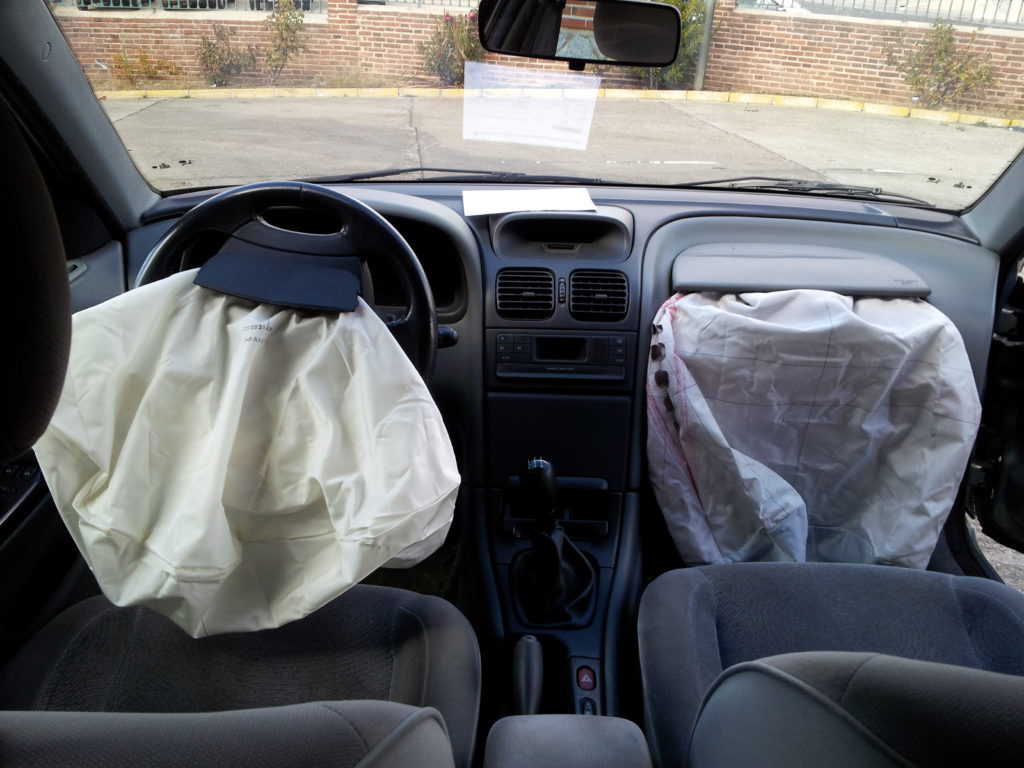 On top of the clear danger to you and your passengers, if you don’t have your airbags replaced it will also make it impossible to have your car pass an inspection which exposes you to fines. It will also make the car tougher to sell when it comes time for that.

What Goes Into An Airbag Replacement

There’s a lot that goes into replacing an airbag. It’s not as simple as putting new airbags in the car. In most cases, the airbag control module will need to be replaced as well. This component has an impact sensor inside it that can’t be reused, meaning the airbag won’t function without it. It’s also fairly common for seatbelt retractors to be replaced. This is because vehicles may have pre-tensioners in the seatbelt retractors that deploy when the airbags do. They’re also one-time use.

Keep in mind that there are a number of airbags within the car and the areas the airbags deploy from may need to be replaced as well. While replacing the steering wheel airbag is straightforward, if an airbag deployed on the passenger’s side it may have gone through the dashboard. If there was a side impact, an airbag may have deployed through the seat cover or headliner, destroying them.

How Much Does An Airbag Replacement Cost

As we’ve discussed, more work goes into replacing an airbag then just putting a new one in, this increases the costs when you take into account both parts and labor. In general, you can expect to pay around $1,500 for each airbag that needs to be replaced, along with $600 for any modules that need to be replaced. That means that if you’re in a front end collision and both airbags deploy, you can expect to pay over $3500 at the end of the day. Of course, the exact cost is going to depend on the specific make and model of the car. This also doesn’t take into account the cost to repair the other damage to the car as a result of a crash.

Airbag replacements can cost so much that some people opt to purchase a new car rather than repair a car that’s been in a crash that caused the airbags to deploy. Whether or not you want to go through with the cost of repairs depends on the value of your car and your personal preference. Now that you know some of the costs you can expect to have the airbags replaced, you can decide which option is best for you.